NOTE: This is Part 4 in a series on booting Ubuntu from an iSCSI disk. View all of the sections here.

In my previous posts I’ve walked through how to install and configure an Ubuntu installation on an iSCSI disk. We now need to setup our bootloaders to connect to and boot from the iSCSI disk. The bootloader of choice is iPXE (formerly gPXE). If you’re not familiar with iPXE:

Essentially, just like PXE, it allows you to get the files needed to boot from another computer on your network. However, iPXE provides additional protocols that normal PXE booting doesn’t. There are a number of different ways to setup your computer to start iPXE.

Here’s an overview of how standard PXE booting works. 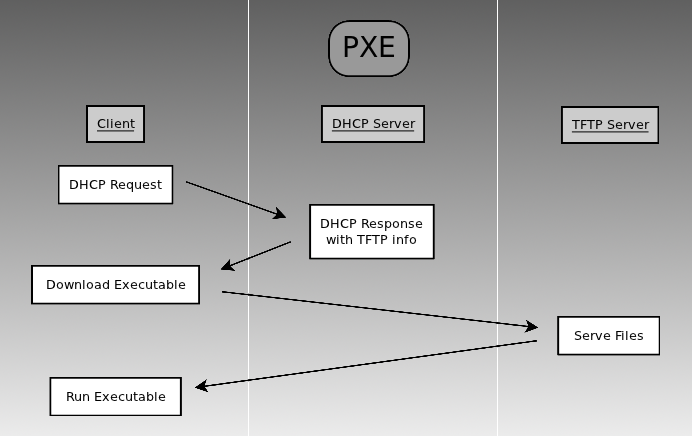 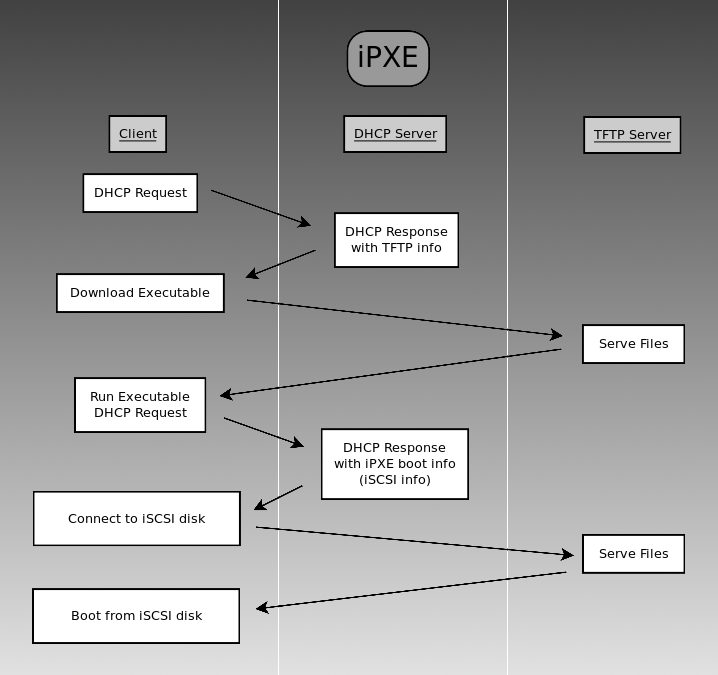 To begin, you’ll need to log into your Ubuntu server and install the tftp daemon. 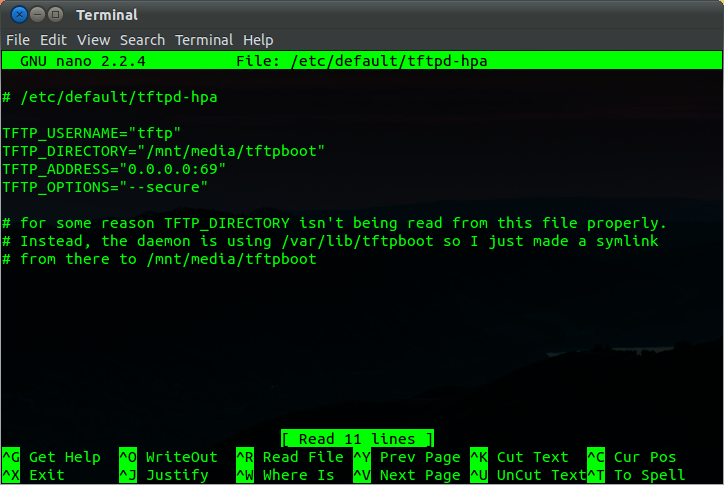 As you can see from my comments in the configuration file, I had an issue with the TFTP_DIRECTORY setting not working correctly. Regardless of what I tried, the tftp daemon always served up the /var/lib/tftpboot folder. So I simply replaced that folder with a symlink to the folder I wanted to share. Hopefully your system will behave itself better than mine.

Let’s restart the service so that the changes take affect.

Now we are sharing an empty directory via the TFTP protocol. Let’s get something useful in there. We need the iPXE binary. Head on over to http://ipxe.org/download to grab pre-built binaries or the iPXE source for your compiling pleasure. There are a number of different versions that can be built/generated, however I found that the undionly version was the only one that worked for me. Your mileage may vary. Once you have the binary, copy it to the tftpboot folder.

That’s it! The server configuration is complete. In the next post we’ll cover the configuration changes for the DHCP server that will tie everything together.