When I built out my man-cave, I wanted to do something unique with accent lighting. I designed and built three light boxes that I attached to the ceiling. On the bottom are dimmable warm-white LEDs, randomly dispersed to mimic stars. This creates a great ambiance for watching movies. Around the edges of the top of the boxes, WS2812b RGB LED strips make party mode a reality. 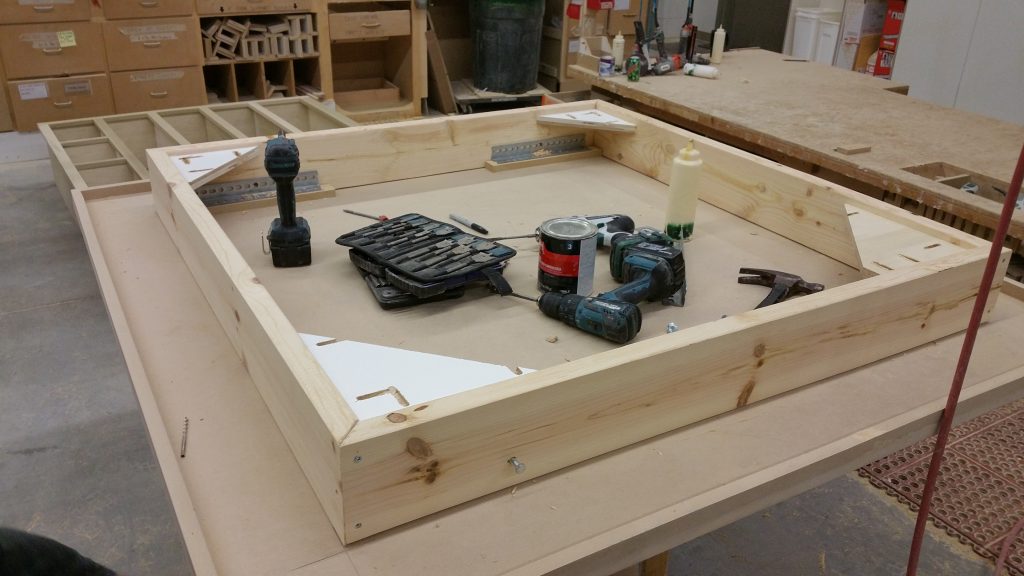 Once the boxes were assembled, it was time to layout the stars. I sectioned off the boxes into 25 squares and randomly filled each 1′ with the same number of dots. With minor tweaking, it made for a fairly random, but even distribution. 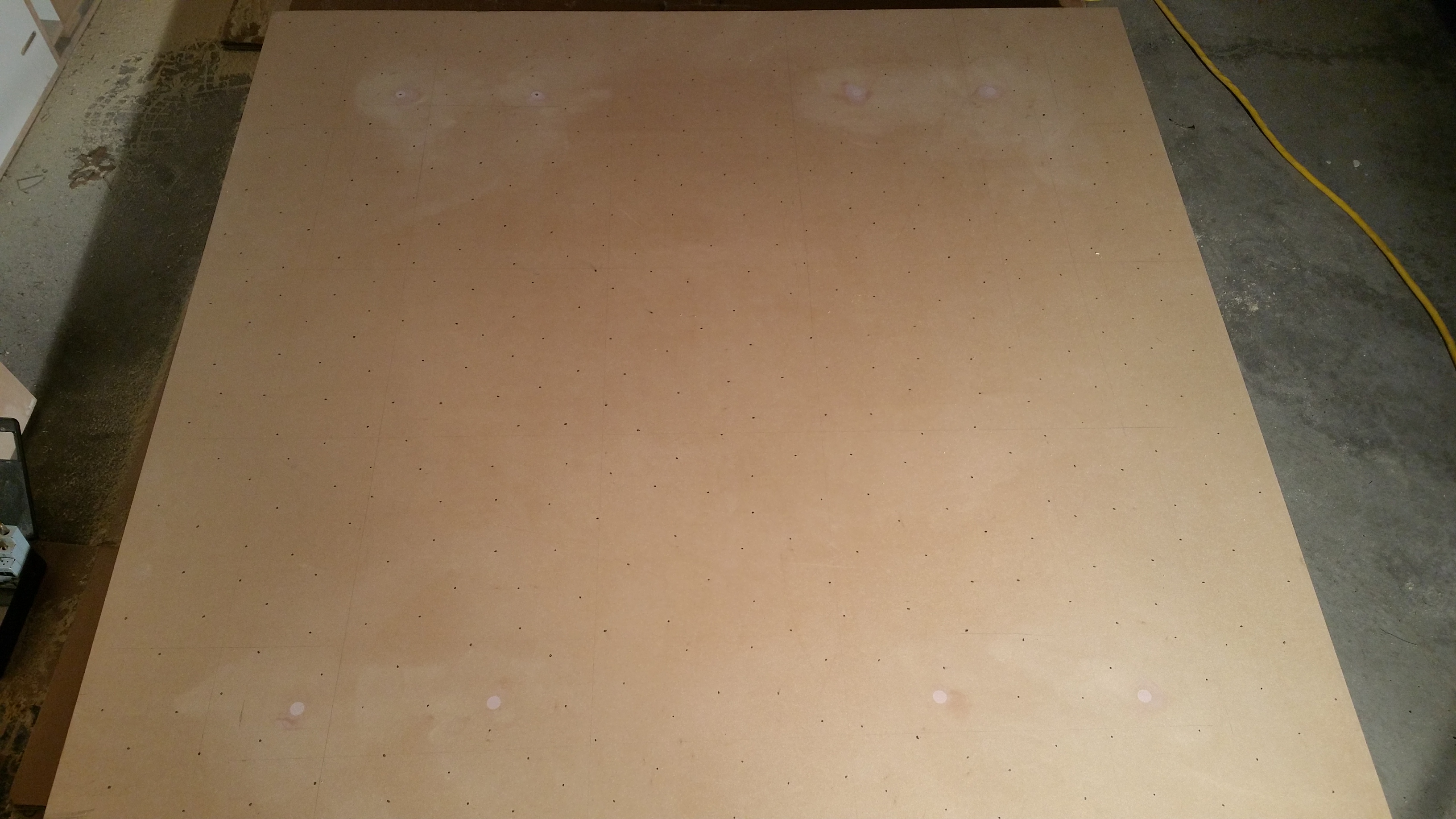 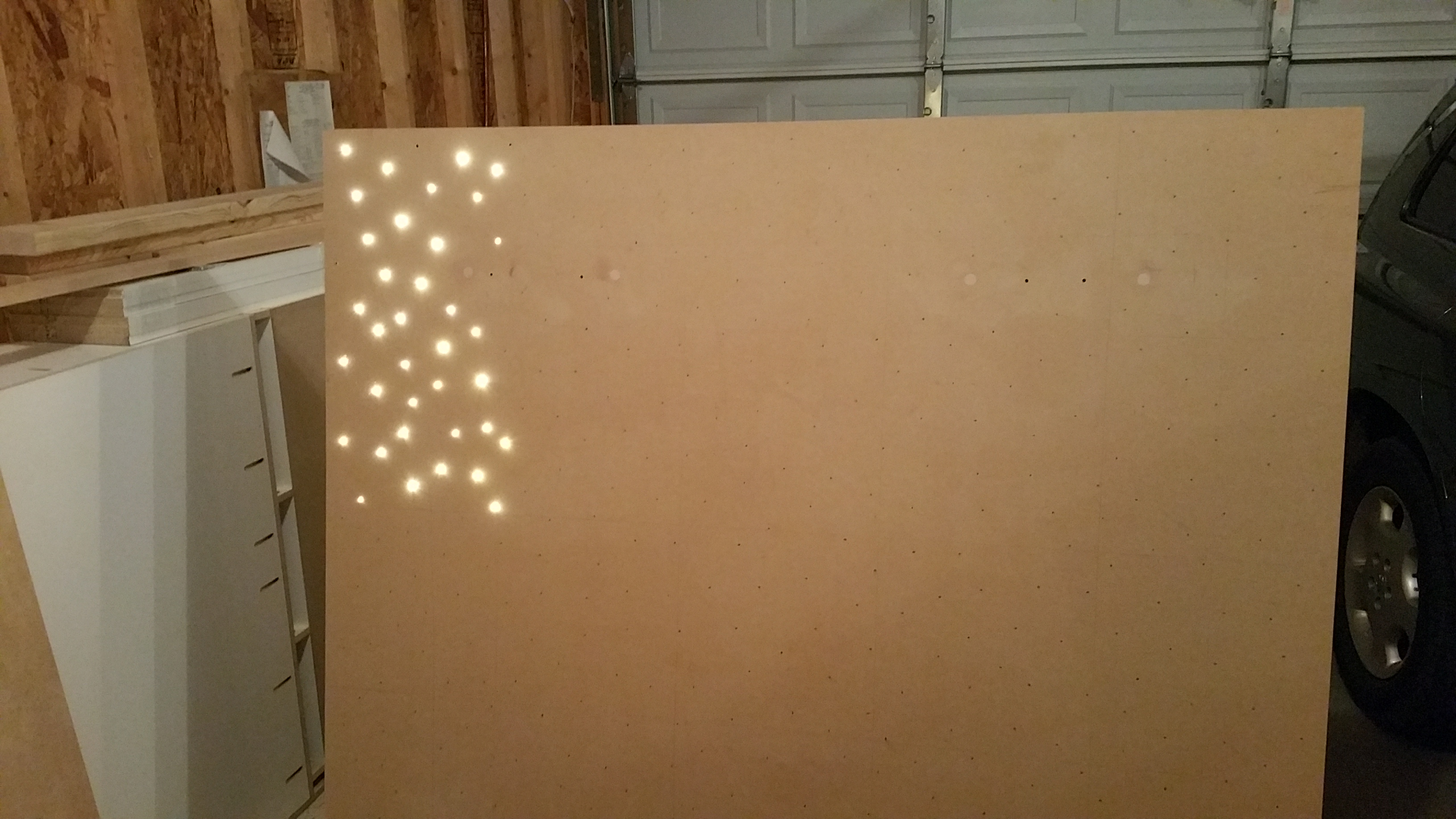 Next stop, paint shop. I used the same paint that was used to paint the ceiling. 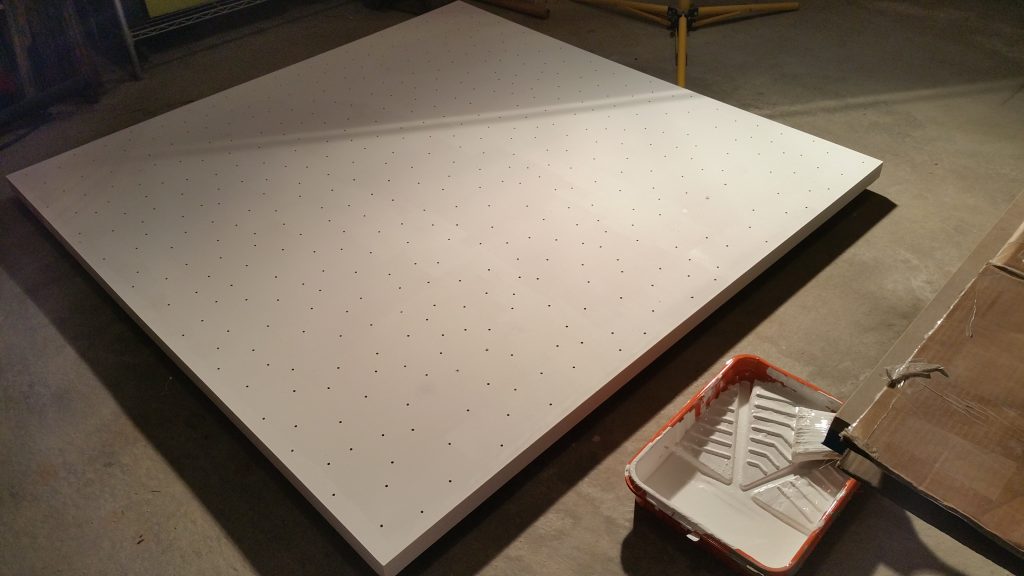 The down-facing LEDs are simply warm-white LED Christmas lights. They didn’t fit as snugly as I had planned so each one was hot-glued in place. 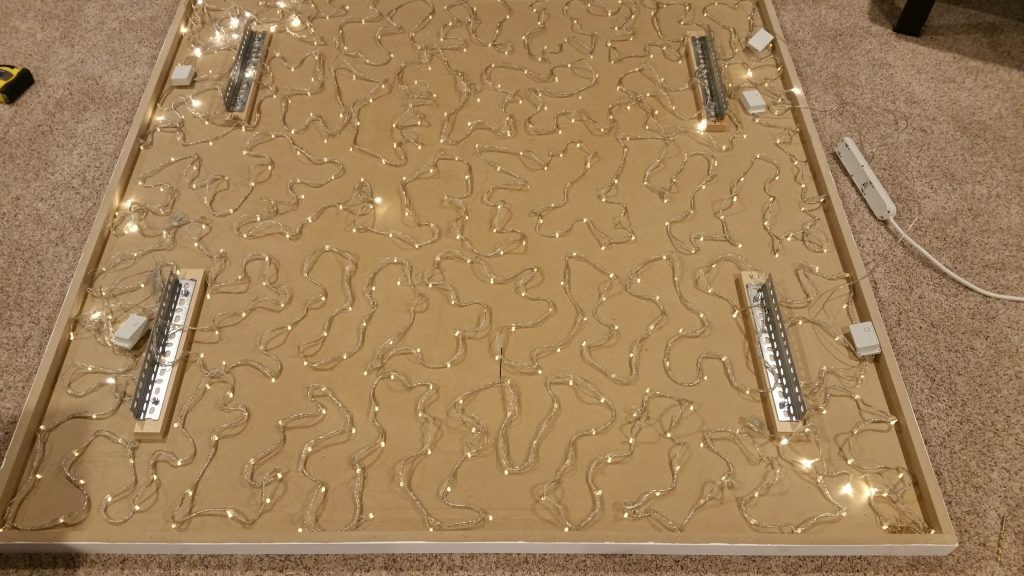 The lights were planned before the room was finished so I was able to place the required high and low voltage circuits appropriately. The upper boxes were mounted securely to the trusses. A raspberry pi is connected to 3 fade candy boards which drive the WS2812b LED strips. The pi contains a default sequence, or a networked computer can connect to the fade candy server and control the lights remotely. 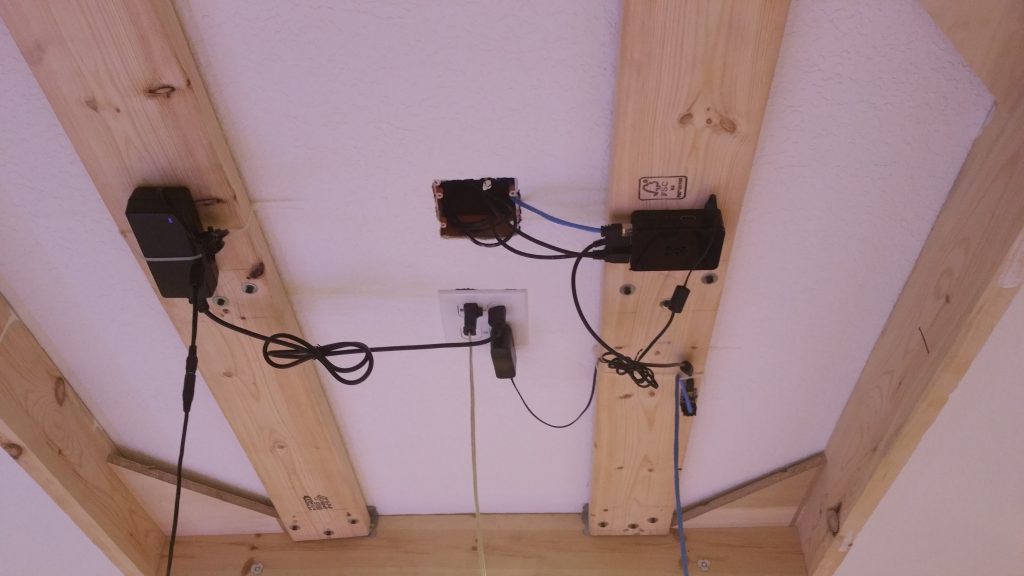 That’s a fade candy. I made an IDC connector with 4 data channels + 4 grounds. I found that over distances longer than a few inches, it helped to have each data chanel in a twisted pair with it’s ground. 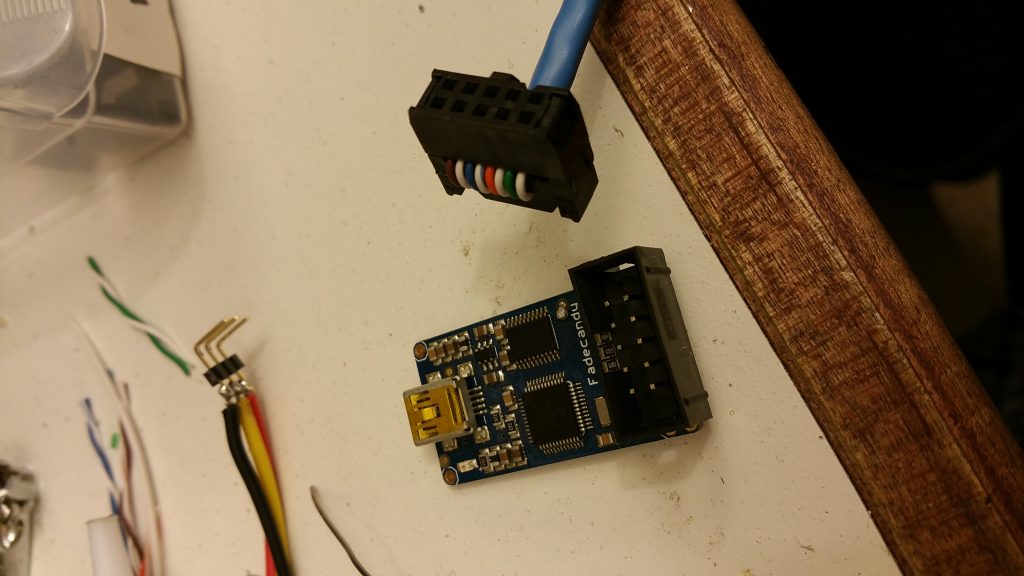 On the other end, screw terminals and JST connectors get the data signals and power to the LED strips. There was a reason for having two disconnects. I think. 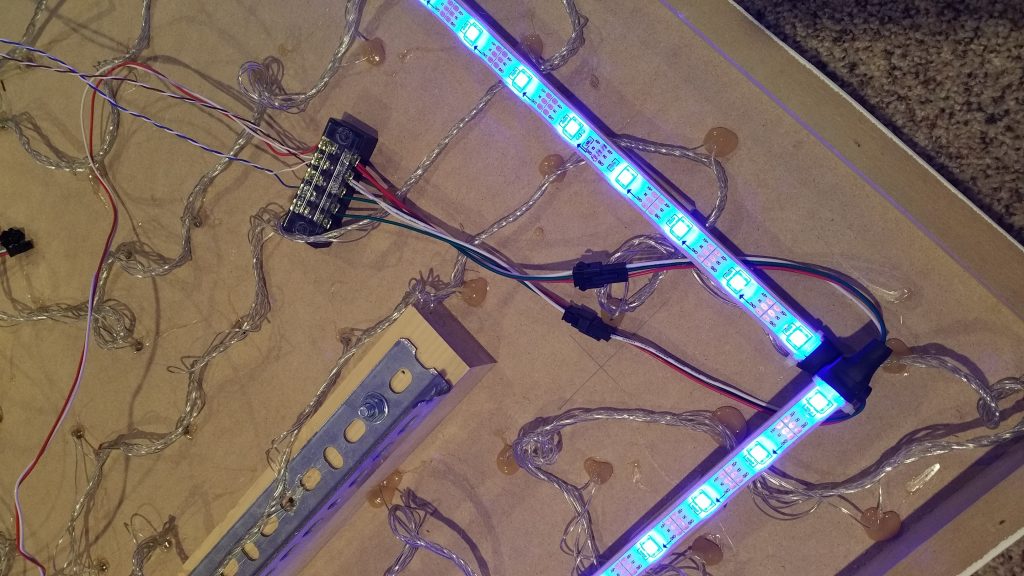 Final testing on the floor. 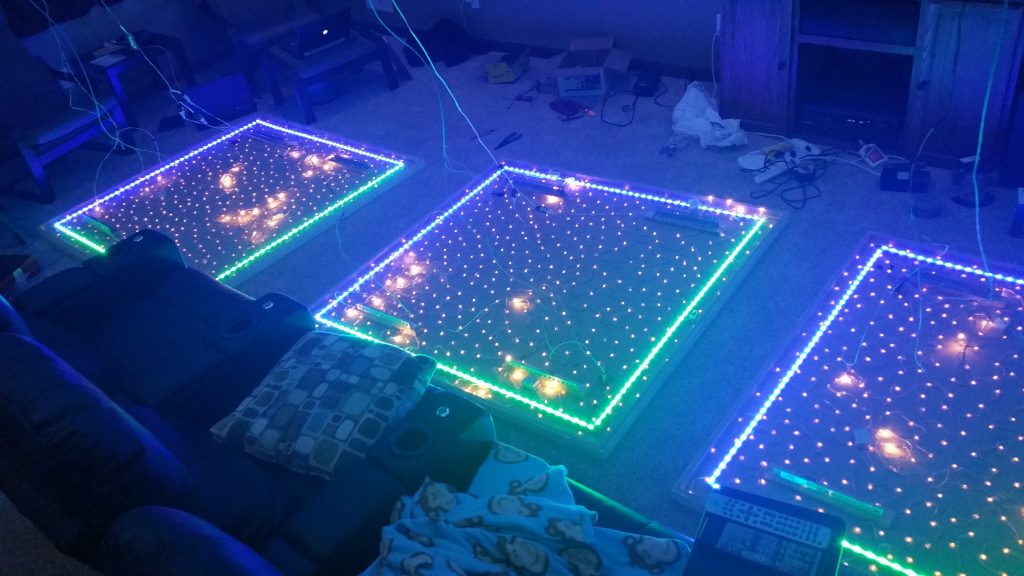 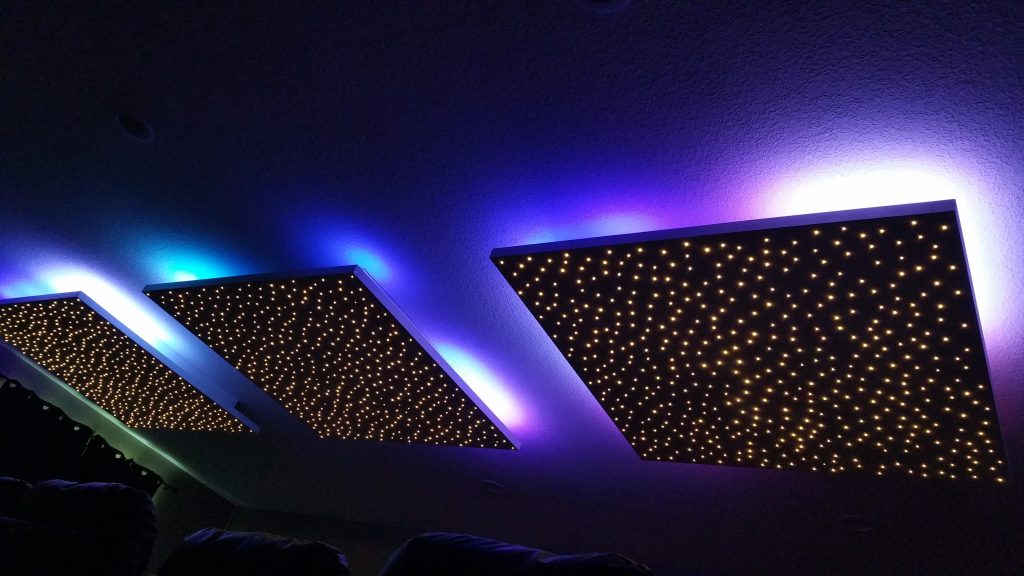 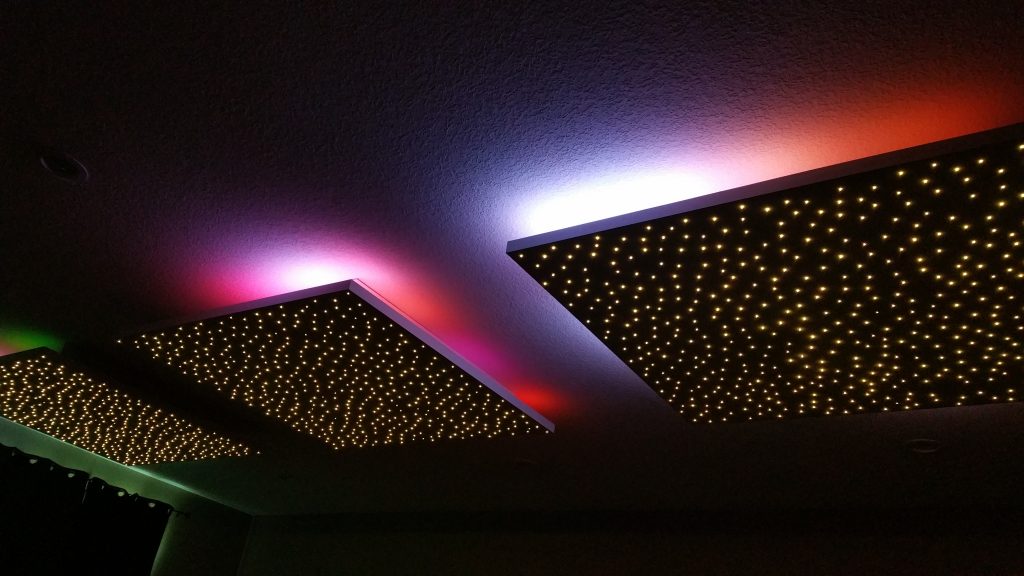 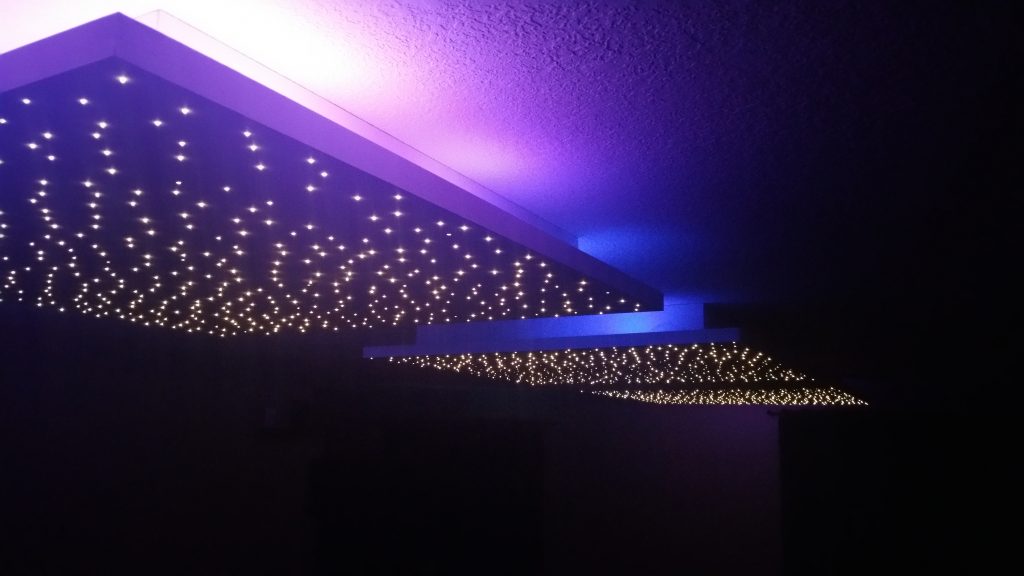