I’ve never had a shortage of RROD Xbox 360s so when I needed to raise my monitor up a few inches, I had the perfect thing. 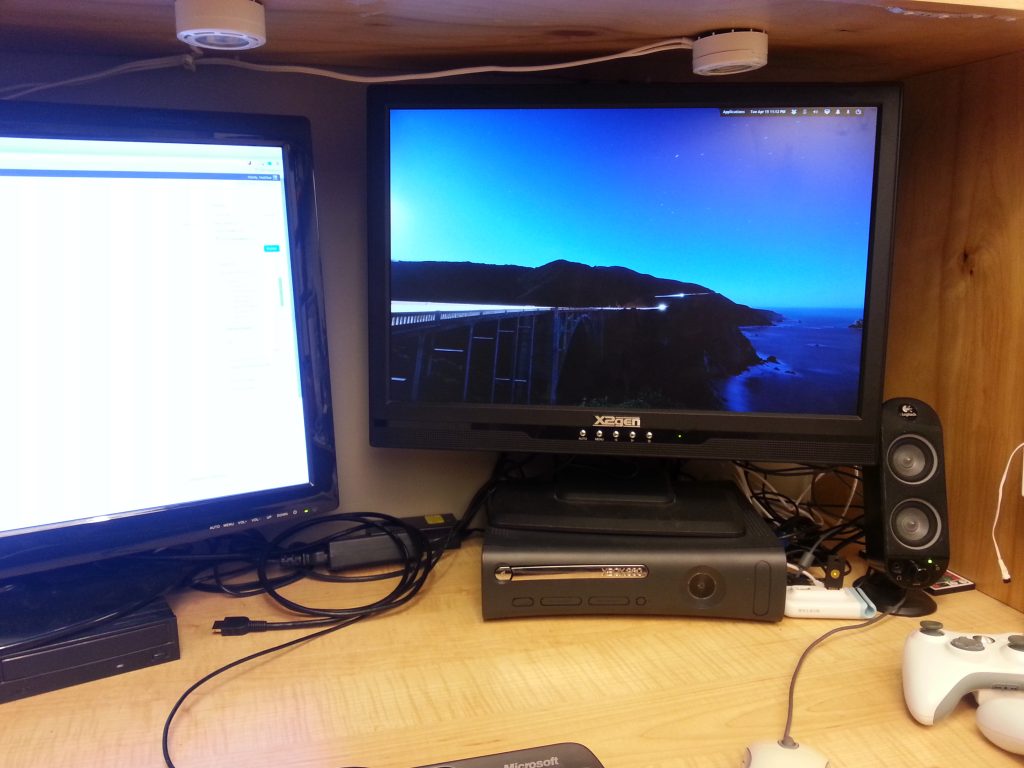 Since my desk shares a wall with the utility room, I decided to move the tower in there and ran some extra long USB/Video/Speaker/etc. cables through the wall. This makes for a much cleaner and quieter work space. The only drawback is using the CD drive requires a trip around the corner. With the Xbox 360 now gracing my desktop, it didn’t take long to realize it held both a DVD drive and a pair of USB ports on the front.

First I attacked the USB ports. Literally: I cut the traces from the rest of the motherboard and soldered on my own USB male plugs. 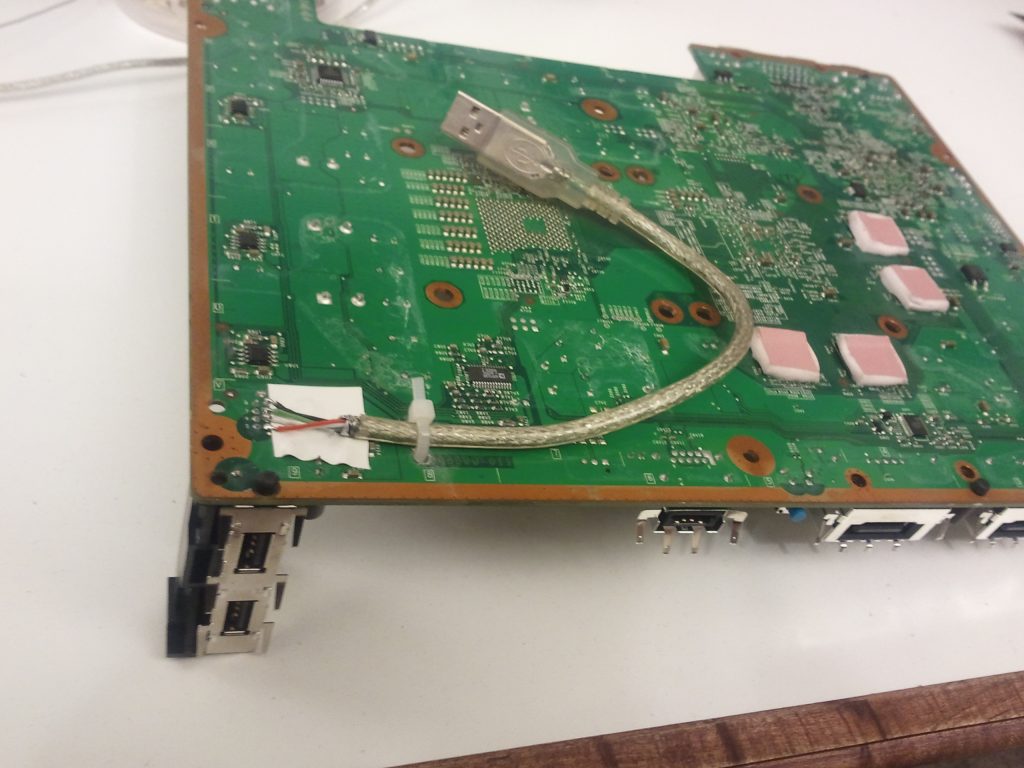 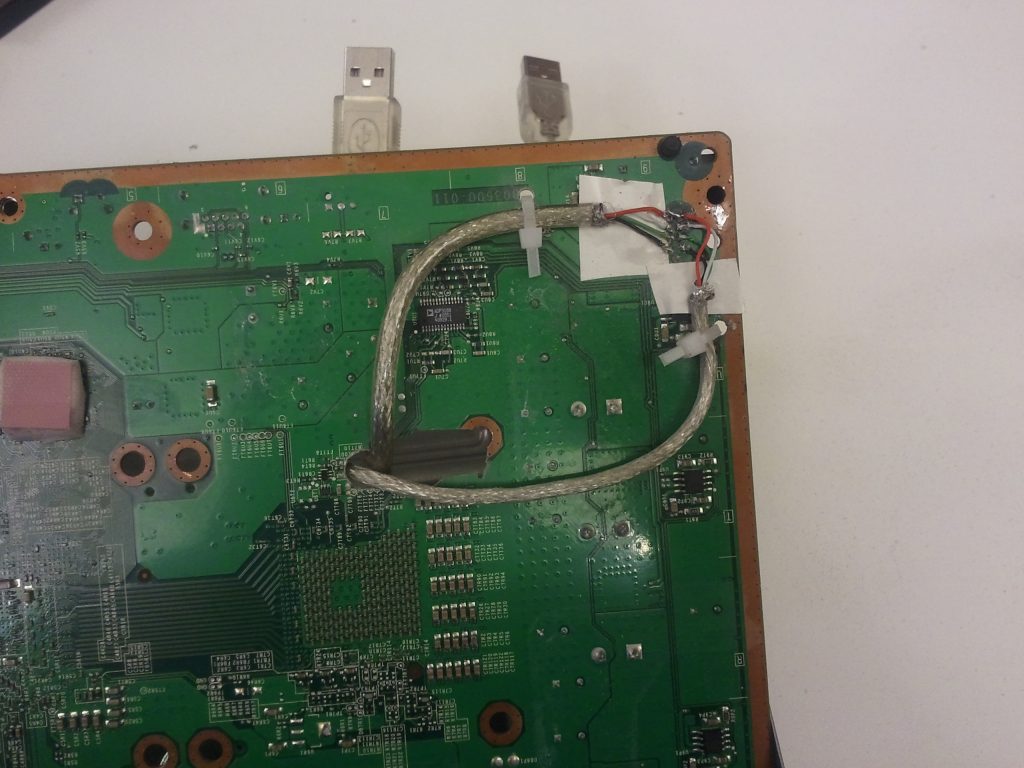 It was my intention to use a standard USB to SATA adapter to connect the DVD drive to a USB hub with the two USB ports on the front. However, the Xbox’s DVD drive is a tricky beast. It requires 3.3V, 5V and 12V. It also has a pin that opens the tray when set high and closes otherwise, but the eject button on the console is a momentary switch. I needed a simple circuit to toggle voltage/GND to that pin when the momentary switch was pressed. While researching that circuit I came across a blog showing that you could connect the 360’s RF board to a PC via USB and with a little arduino magic you could even get the lights blinking. I opted for an ATTiny85 so that I could control both the DVD drive eject button and the RF module. 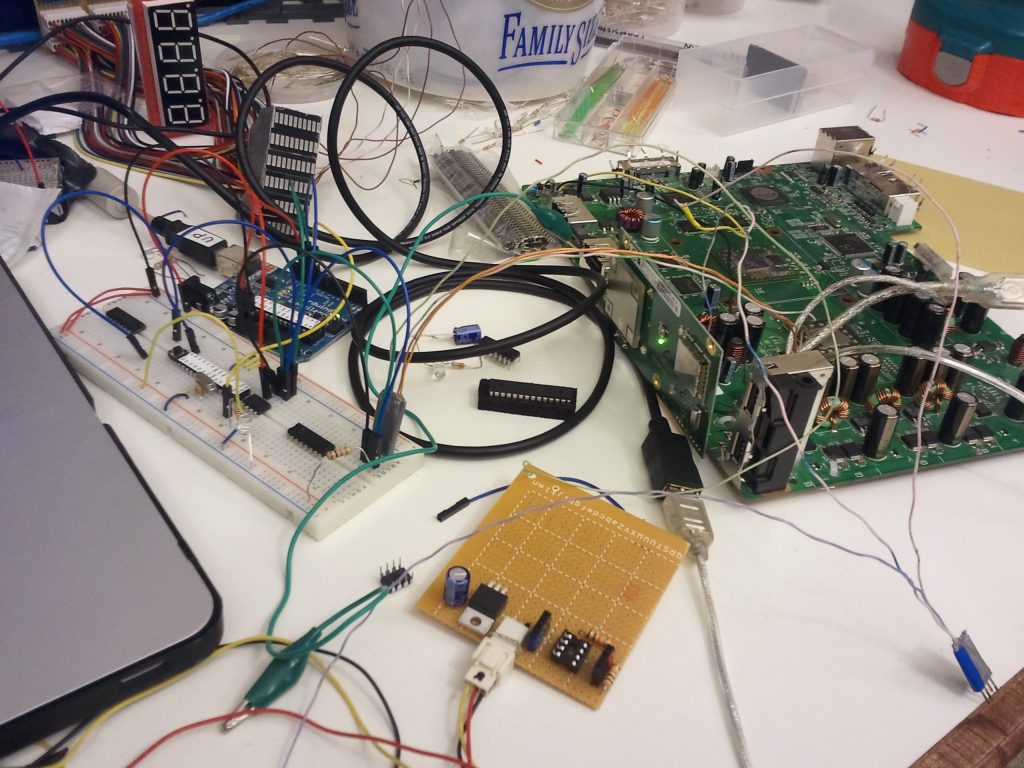 After getting the hardware working seamlessly, if not tidily, I plugged the DVD drive into the computer only to find that the PC didn’t recognize the drive. After some research and tinkering with different DVD drives from each of the various manufacturers, I couldn’t get a single drive to read a disk like a standard DVD drive.

In the end, it was for the best. I snagged a slim DVD burner from an old laptop. This drive was designed to eject using a momentary switch so wiring it up was much easier. 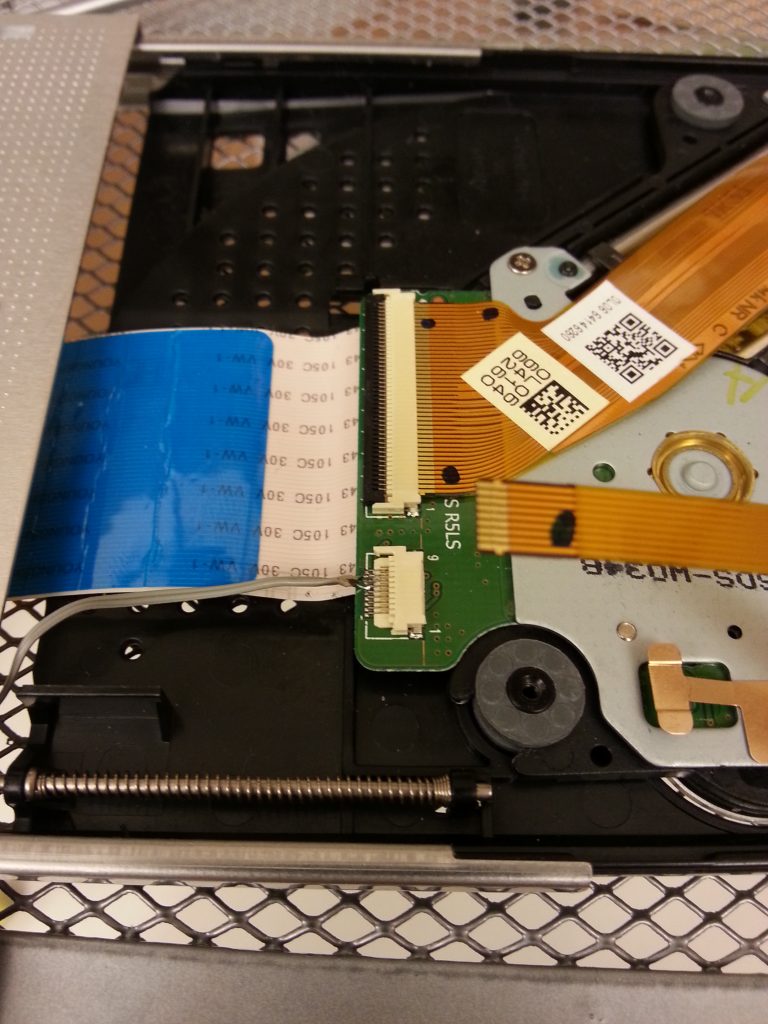 The RF board was modified much in the same way as the USB Jacks. I started by cutting the traces, but apparently some were routed internally, so I cut a hole through the board for good measure. Like the USB jacks, I soldered a male USB cable to the jack on the mother board. 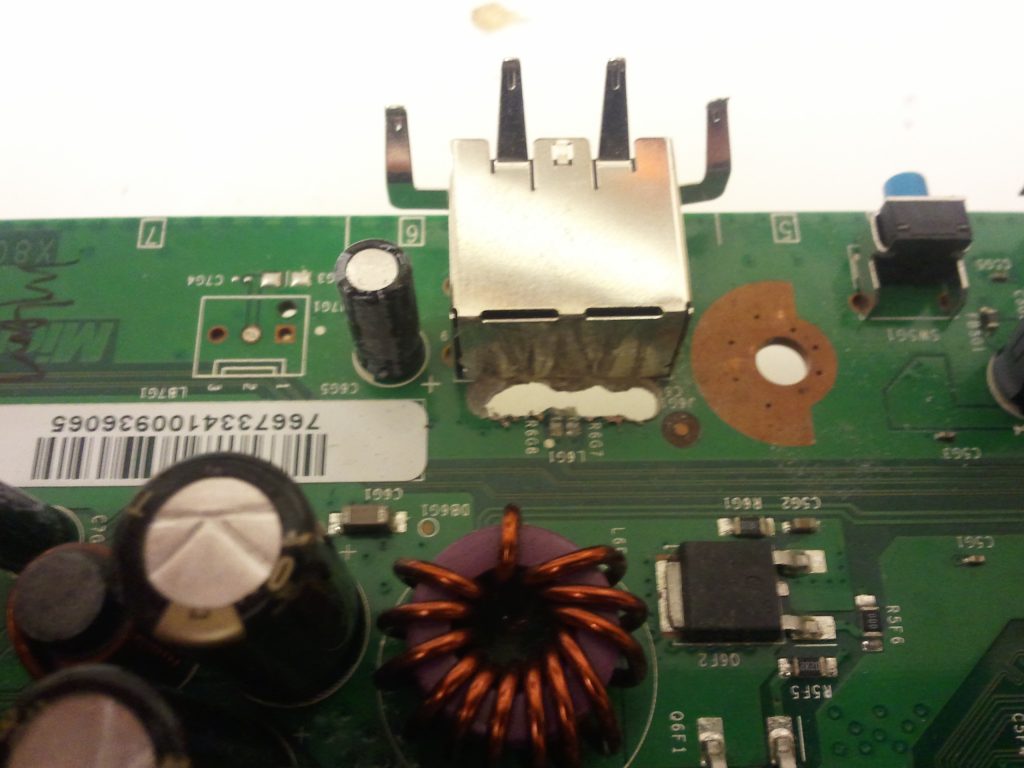 Putting it all together, I simplified the cabling by adding a USB hub to connect the two front USB ports, the RF daughterboard, and a USB-SATA adapter. A single USB extension provides connectivity to the PC. I also consolidated the power blocks such that a single brick powers the DVD drive, the microcontroller that drives the LEDs on the RF board, and also the USB hub. 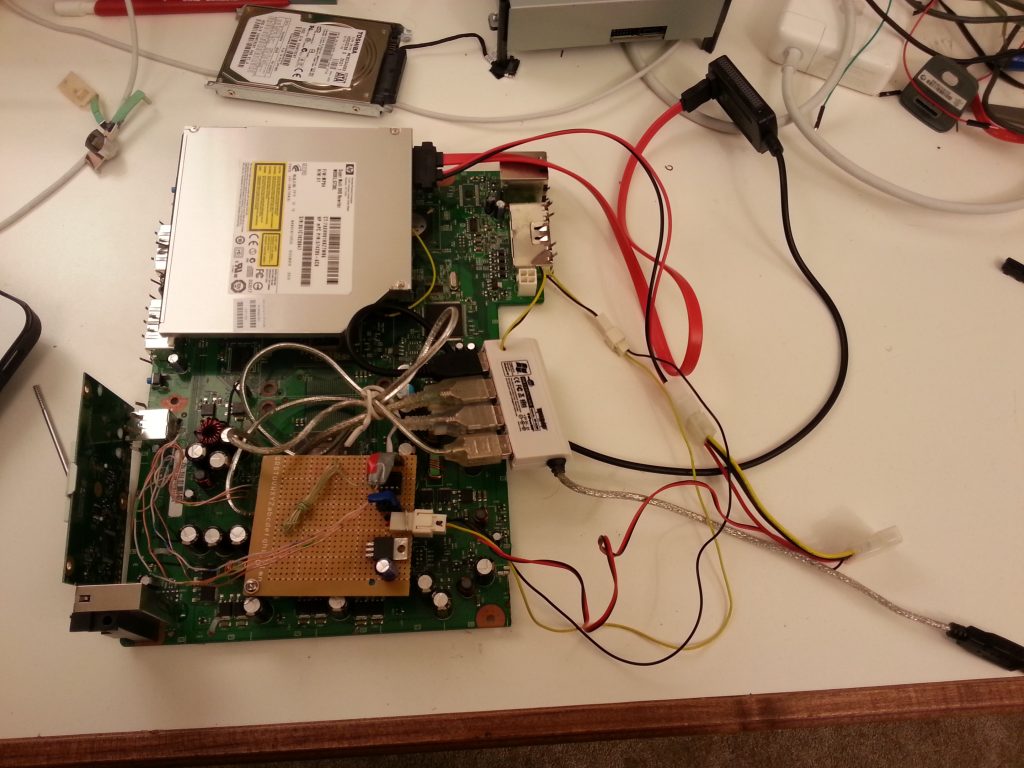